Two rounds, Eights days campaign against Gender Based violence (GBV) and Harmful Traditional Practices (HTPs), took place first  in Dugna Fango  and second in Damot Sore Woreda, Wolaita Zone from December 21-28, 2017. Stakeholders from a total of all 55 kebeles were given the opportunity to participate during these days. 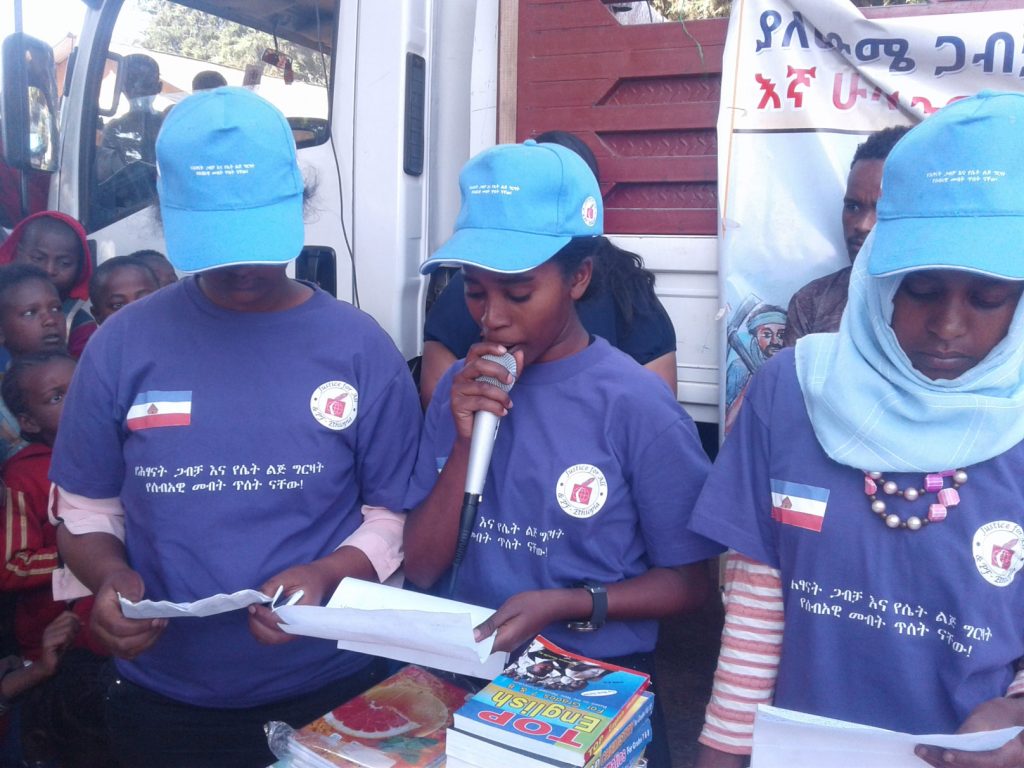 The overall objective of the campaign was to eliminate Female Gentile Mutilation (FGM), Child Marriage (CM) and Gender Based Violence (GBV) by raising awareness on the health, psychological and social impacts of it and to improve the communication between community members and justice sector officials by enhancing the capacity of zonal and district law enforcement bodies to investigate, prosecute and adjudicate CM, FGM and GBV. Accordingly, during these eight days of campaigning, the JFA-PFE team along with a cultural band went around the Woreda teaching in markets and Schools. Sensitization workshops were conducted for justice sector representatives, kebele administrators, Women’s Association leaders and other stakeholders. Around 20,000 people are believed to have been reached throughout the eight days campaign in the two Woredas. A community forum was organized on the last day of the campaign which was a workshop on prevention and response to Gender Based Violence and Harmful Traditional Practices for Justice Sector officials, police, Kebele Administrators, Religious leaders and Elders. 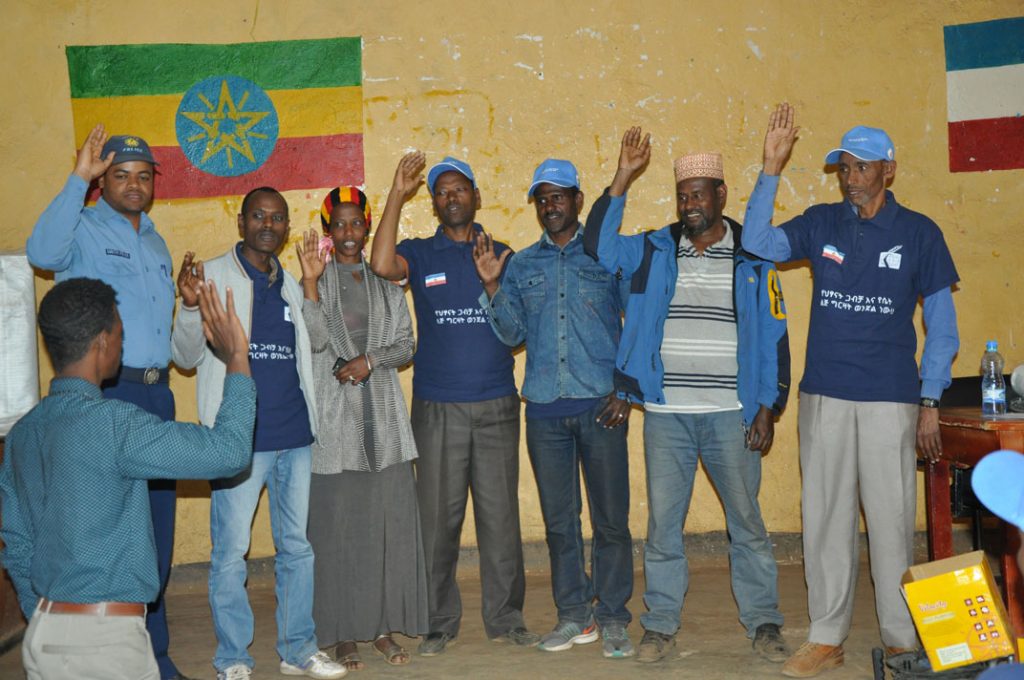 Finally, seven committee members chaired by Ato Tadele Balcha, the Woreda Court President (for Duguna Fango Woreda) and W/t Wubit W/Tsadik, Head of Woreda Women and Children affairs Bureau (for Damot Sore Woreda) were elected. The committee is mandated to form sub committees in all the Kebeles of the Woreda. Also, it has assumed the responsibility to develop strategic plan to address FGM, CM and GBV. All the members of the committee pledged and declared that they would try their best and do what is expected of them to eliminate these malpractices from their Woreda.

A Translator was used for both market and school day campaigning to solve the language barriers. Music and literature used to teach students and the public has contributed greatly to the success of this campaign as a lot of people gathered following the loud music and dancing.

Over 5,000 Participants across Ethiopia Enhance Their Human Rights Awareness